The free Logic Simulator software simulates both combinational and sequential digital logic circuits.  Logic circuits can be very simple, such as and-or logic, or can consist of hundreds of parts.   Both basic parts, such as logic gates and flip-flops,  and MSI (Medium Scale Integration)  functions are supported. 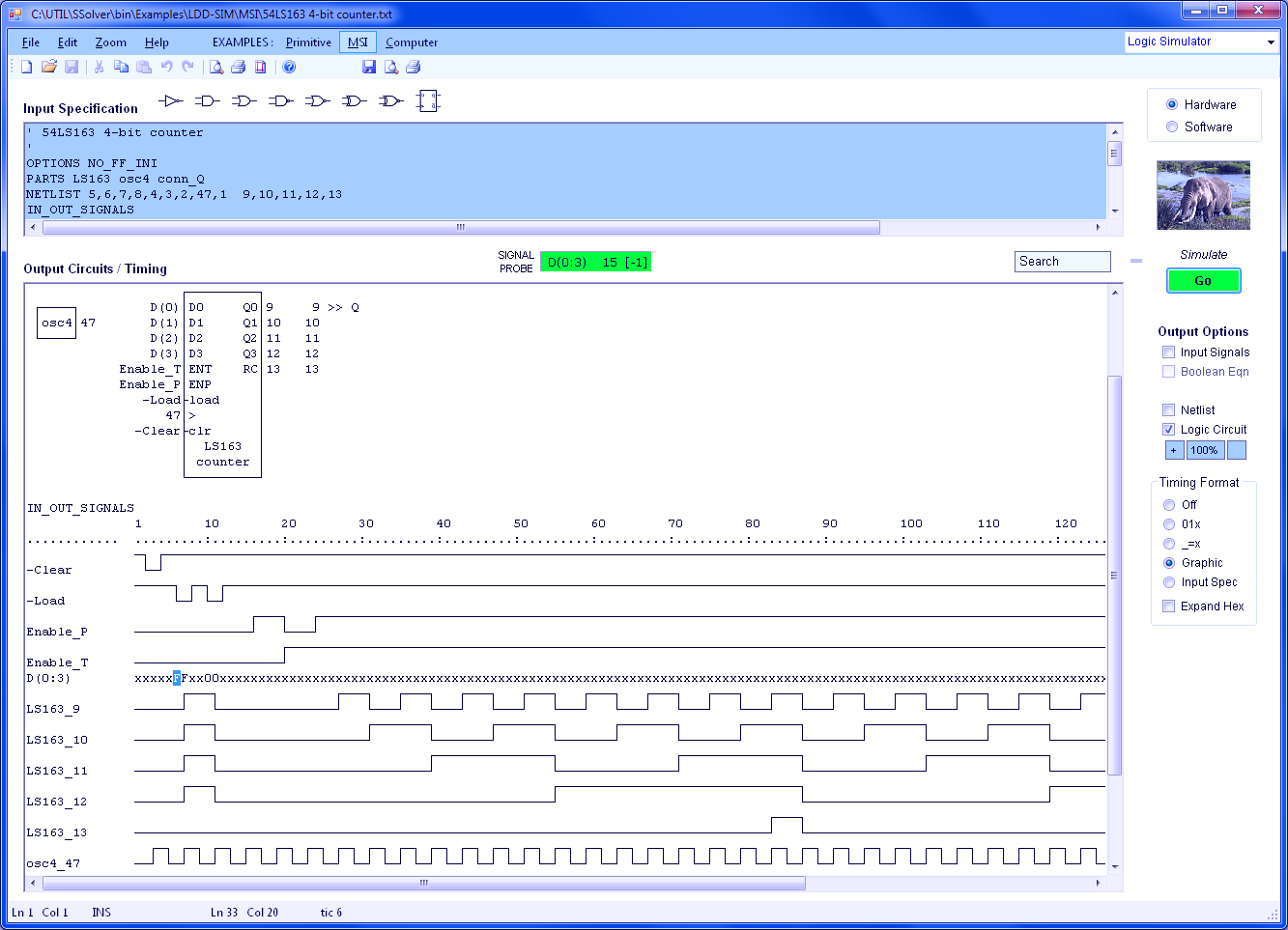 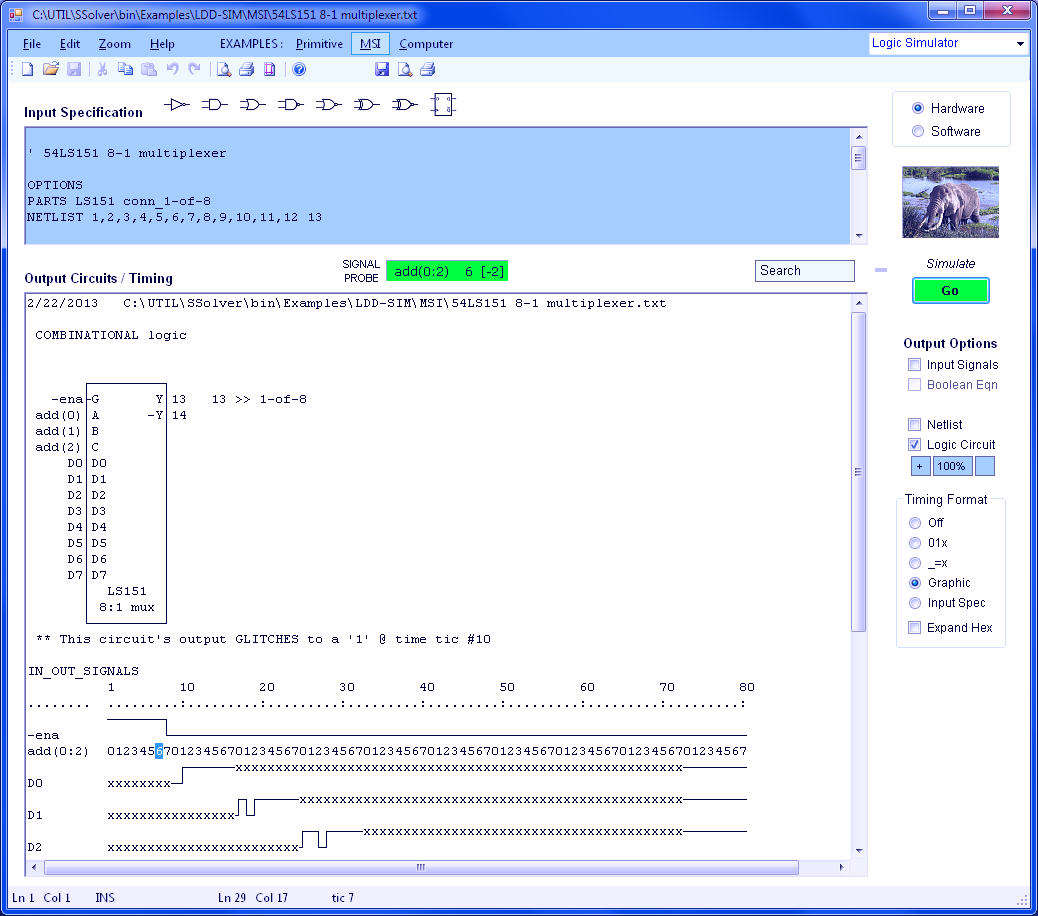 The Input Window describes the circuit to be simulated and its input/output signals.  Data can be edited, cut and pasted, or loaded from a file.

Netlist - Parts and Netlist of the logic circuit